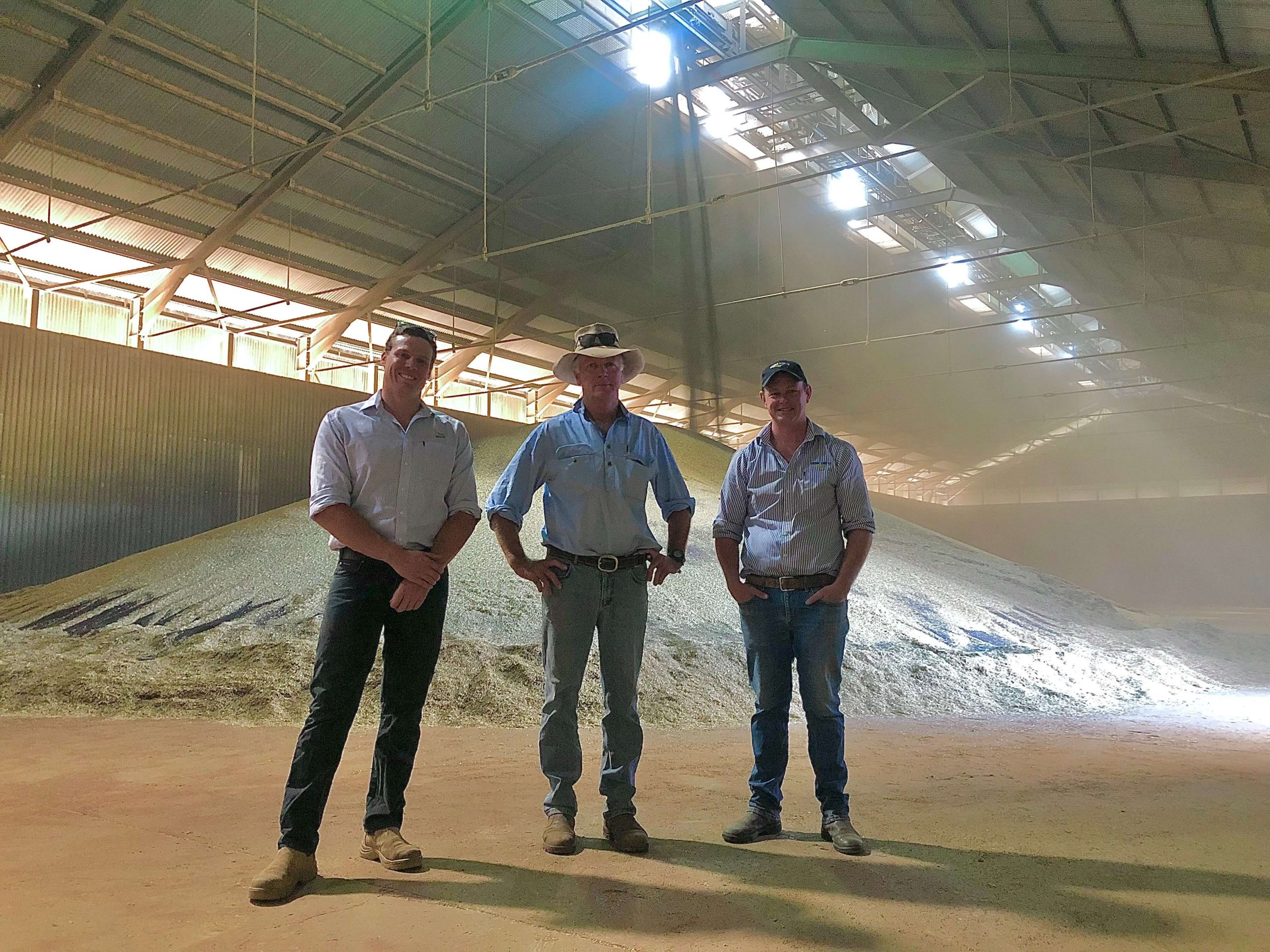 MSM Milling has opened a second canola receival site in Central Western NSW to handle the enormously productive 2020/21 harvest, which local farmers have dubbed “the best year for grain yet.” 100 per cent Australian family owned MSM Milling, has leased the GrainCorp grain shed in Cumnock to receive and store locally grown, Non-GM canola seeds, and started receiving its first stores in October. Cumnock lies on the closed Molong to Dubbo railway line and is home to just shy of 300 people. The storage shed is ideally located to cater for growers from across the wider Cumnock, Molong, Yeoval and Wellington districts.

The company’s Commodities Manager, James Dellow, says it became evident early in the season that the local canola processor would need extra storage to handle the influx of seed.

“We saw bulk handlers fill up west of here, so with harvest kicking into gear closer to our Manildra site, we negotiated to lease the shed which has sat idle since 2014. It took us a good week to get the site operational again given it hadn’t done a lot for a few years, but it’s been a worthwhile project to get it up and running. We’re grateful that GrainCorp gave us the opportunity to restore its operation because it has allowed us to buy space for local growers.”

“I think it’s a great thing for these smaller towns where there hasn’t been a local delivery point — particularly after the years we’ve had. For me, areas like Cumnock were the epicentres of drought so it is a great result that we have been able to open old sites to start receiving given it is a bin buster year. It is a great morale booster of the communities to be a grain receival point as opposed to being a stockfeed hub,” Dellow said.

“The oil content of canola has been fantastic. We are seeing loads up to 47 per cent oil content, and even slightly over that, which is a great result. “MSM Milling pay all bonifications from 42 per cent oil so some of these growers are picking up an extra $40 or $50 a tonne in oil bonifications. “They are getting off 2-3 tonne canola each hectare. It’s a phenomenal result for New South Wales and all the way down to Victoria.”

Veteran Cumnock grain grower, David Weston, grew dual purpose canola and was among the first of the local growers to deliver seed into the Cumnock shed.

“2020 is a wonderful year. It has been the best year I have ever seen for grain and livestock. The last three years were shockers. 2016 was a good one, but this is the best one I have ever seen.”

He remembers the receival site during its heyday.

“After I came home from school, this used to be a thriving section of town here. The queues used to go right down to the local hotel but unfortunately it hasn’t been used since 2014. It is very exciting that MSM Milling is utilising this facility to store canola because it saves us an hour and a half for our trucks going across to Manildra each load. Sometimes these old facilities they just stay derelict, and once they disappear, they never open again. But it is wonderful to see MSM Milling has been proactive and is utilising this as a facility for them. And we need this storage this year!”

He says the site’s re-opening brought with it a renewed sense of optimism in the town.

“It is very important that we work together and it’s great for this local community too. I understand that MSM Milling is employing local people on the job here so that is very important.The town needs the trucks coming in and the local shops need people coming through the doors to keep them rolling.”

Canobolas Eggs Production Manager, and Peffer Pastoral’s, Josh Peffer says the shed’s proximity to his family’s Molong based operation is ideal as it saves precious time and freight.

“MSM Milling getting this GrainCorp site going is really convenient for truck turnaround times. It’s really great that trucks can come and tip off in sheds like this. 2020 has been an exceptional year considering what we’ve come through.”

James Dellow says the 2020 harvest is a far cry from the last three drought-affected seasons which saw canola railed in from interstate to meet crush demand required to operate the canola processing plant around the clock.

“To be able to source most of our crush requirement from within 200 kilometres of our regional base means everyone wins. And that is what we celebrate, as 2020 has been a good year to be in agriculture.”

Previous Post: « Partnership provides 85 million meals to Australians in need
Next Post: “I give you the best oil!” Taiwan’s love of 100% Australian auzure Canola Oil. »